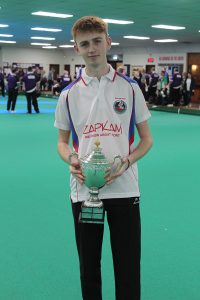 Over the weekend of 16 & 17 November, Michael Hall of Year 13 went to Aberdeen to represent England in the British Isles Short Mat Bowls Championships.

This is the first season Michael has played in the main England squad after having played for the England Under 21 squad for years.

The British Isles Championships are played as both a team competition and individual disciplines and Michael was chosen to play in the individual 4’s competition, the four consisted of 1 person from West Midlands and 2 other players from Dorset, Michael was playing as the number 2.

In the first game the English four played against Scotland and whilst the English should have won quite easily, a dogged performance from the Scottish team meant the England four won 16 – 5

In the 2nd game on Saturday, the English payed against Wales. Again England should have won by a larger margin but eventually came through 19-14.

Then it came to the Sunday where England would play against and Irish team in a ‘Winner takes all’ clash.  Michael’s 4 ran out easy winners beating the Irish 17-7 and claiming the British Isles A Team Individual Fours title 2019 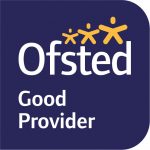 This website uses cookies to improve your experience while you navigate through the website. Out of these cookies, the cookies that are categorized as necessary are stored on your browser as they are essential for the working of basic functionalities of the website. We also use third-party cookies that help us analyze and understand how you use this website. These cookies will be stored in your browser only with your consent. You also have the option to opt-out of these cookies. But opting out of some of these cookies may have an effect on your browsing experience.
Necessary Always Enabled
Necessary cookies are absolutely essential for the website to function properly. This category only includes cookies that ensures basic functionalities and security features of the website. These cookies do not store any personal information.
Non Necessary
Any cookies that may not be particularly necessary for the website to function and is used specifically to collect user personal data via analytics, ads, other embedded contents are termed as non-necessary cookies. It is mandatory to procure user consent prior to running these cookies on your website.
Other
Other cookies are those which have not yet been classified within the cookie repository.
Advertisement
Targeting and advertising cookies are designed to gather information from you on your device to display advertisements to you based on relevant topics that interest you. The information the cookies gather on you can be shared with other advertisers to measure the performance of their advertisements.
Analytics
Analytical cookies are used to determine usage of a site, they may track an individual users, but only to the extent to allow a users journey through the site.
Performance
Performance cookies are cookies used specifically for gathering data on how visitors use a website, which pages of a website are visited most often, or if they get error messages on web pages. These cookies monitor only the performance of the site as the user interacts with it.
Save & Accept